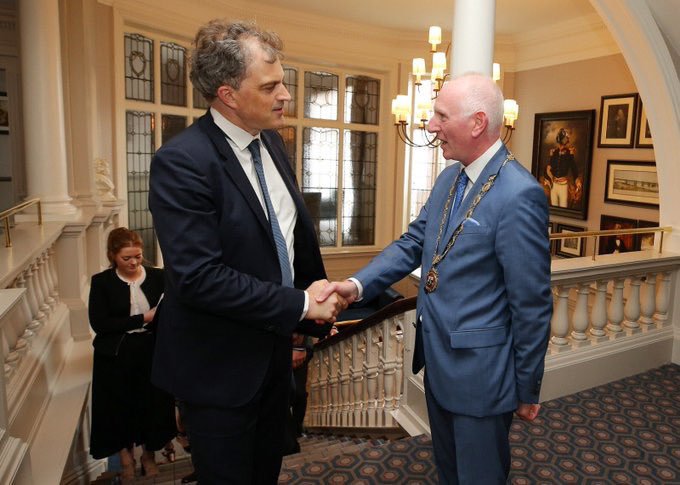 The former chief whip Julian Smith has been appointed as Boris Johnson’s new Secretary of State for Northern Ireland.

He was appointed by the new British Prime Minister on Wednesday.

Reacting to the appointment of Julian Smith MP as the new Secretary of State for Northern Ireland, Londonderry Chamber of Commerce President Brian McGrath has said: “We congratulate Julian Smith on his appointment as Secretary of State for Northern Ireland and hope to see immediate, committed engagement to deal with the looming spectre of a no deal Brexit.”

“The Chamber’s concerns around Brexit are well-documented. Being a border region, the effects of Brexit will be very acutely felt here so it is imperative that our voice is heard in Westminster and a deal is struck with the EU to guarantee an orderly exit. A no deal Brexit would be catastrophic.”

“The Chamber and other regional stakeholders in the North West are willing to work with the new NI Secretary to play their part in ensuring as smooth a transition as possible, as we move towards exiting the EU on 31 October.”