UK DFT continue to support flights from Derry to London 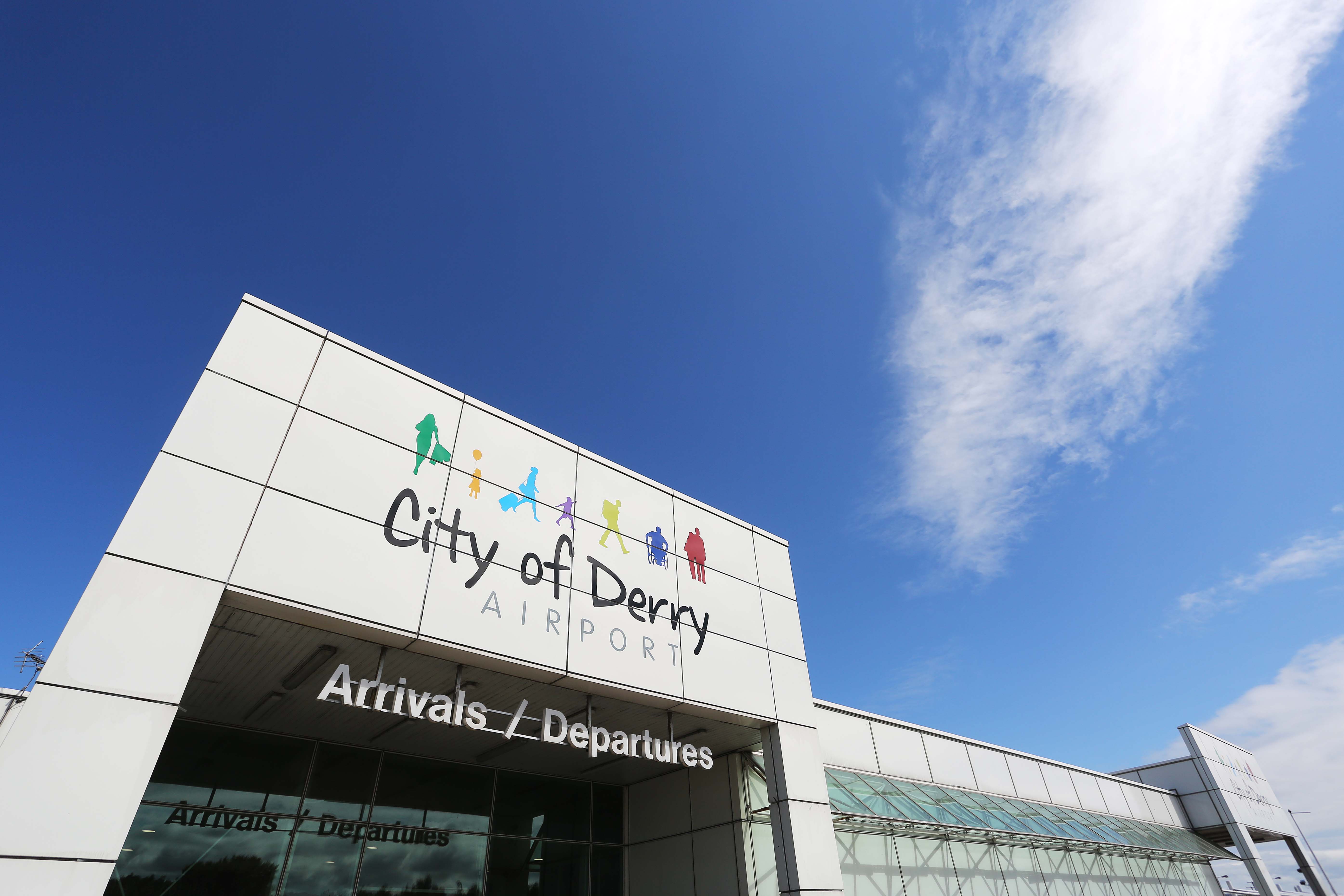 The UK Department for Transport has announced  that it will continue to support direct flights between City of Derry Airport and London. Loganair has been appointed to take over the route and Derry’s direct air link to London will now switch  from Stansted to Southend airport.

Clive Coleman, Regional & City Airport’s Contracts Director, stated: “We are absolutely delighted to retain this important air link between City of Derry Airport and London.  It is fantastic news that Loganair has been appointed to operate the Public Service Obligation to London Southend, offering adequate capacity at competitive fares and timings that are conveniently scheduled for a full working day at either destination.

The Scottish airline has been such an important and symbolic part of the history of our airport and will continue to operate a minimum of 14 departures per week to London Southend Airport, with fares starting at £39.99 pp one way.

London Southend Airport will provide a significant upgrade in terms of customer service with shorter queues and walking distances.  The airport is also quick to get through with just 100 paces from train station to terminal and short distances through security and on to the departure gate.  London Southend Airport has direct trains just 52 minutes to Liverpool Street Station, up to six times an hour”.

Jonathan Hinkles, Loganair’s Managing Director said:  “Following a competitive tender process, we are delighted to have been awarded the PSO route between London and the City of Derry – extending Loganair’s excellent long-standing relationship with City of Derry, where we were the first airline operator over 40 years ago.”

“London Southend is a highly convenient entry point to England’s capital and the South East, serviced by its own dedicated train station only 100 steps away from the airport terminal. Together with our business focused schedule, generous inclusive baggage allowance and attractive frequent flyer scheme, this latest phase of partnership between Loganair and London Southend Airport will significantly enhance air connectivity in Northern Ireland’s North West, generating lasting benefits for both the region’s economy and our customers.”

Charlene Shongo, Airport Manager, outlined “the new Loganair service to London Southend service will enable travellers within the local area to depart CoDA early morning and return the same evening as well as acting as a catalyst for in-bound tourism to the region.  The twice daily service, which will operate to London Southend Airport (exception Saturday when there is one service), offers customers a convenient, all-inclusive service where 23kg bags fly for free and passengers can enjoy complimentary drinks and snacks on board.  The airline will operate up to 15 departures per week and will add additional departures at peak holidays periods.  Tickets are now on sale via Loganair’s website, with the service commencing on 27th October 2019 when the route transfers from Stansted Airport”.

Charlene added that “flying direct to London Southend Airport is a quick and easy way to connect to London, with its modern, purpose-built terminal and train station.

Charlene concluded by stating that City of Derry Airport has become the airport of choice for the North West of Ireland, offering both convenience and excellent customer service.  Charlene would encourage all travellers within the local catchment area to think about flight options from their local airport when making future travel arrangements, asking air passengers to “Fly Local and Choose CoDA” whenever they can. “We have fantastic facilities on our doorstep, and it is essential that everyone takes advantage of their local airport for their travel plans when possible”.

Loganair also operate five services per week to Glasgow and a daily service to Manchester, providing vital connectivity to one of the main hubs in the UK and creates an opportunity for onward connectivity to international destinations.